Then I raised my eyes and looked, and there were two women, coming with the wind in their wings; for they had wings like the wings of a stork, and they lifted up the basket between earth and heaven.

So I said to the angel who talked with me, “Where are they carrying the basket?” And he said to me, “To build a house for it in the land of Shinar; when it is ready, the basket will be set there on its base.” 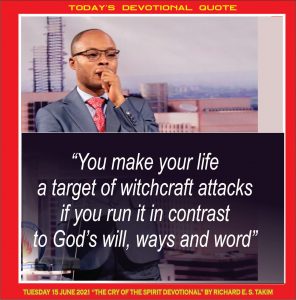 WELCOME TO THE 166TH DAY OF OUR YEAR OF HIGHER HEIGHTS.

God have been faithful to us! Sometimes the things happening around us are taken out of context by the enemy and amplified so much to blindfold our hearts from perceiving the faithfulness of the LORD to us. That is why the Bible said;

“Rejoice always, pray without ceasing, in everything give thanks; for this is the will of God in Christ Jesus for you. Do not quench the Spirit. Do not despise prophecies. Test all things; hold fast what is good. Abstain from every form of evil.” 1 Thessalonians 5:16-22 NKJV

That is, despite what we may be going through we should rejoice, pray, give thanks, not quench the Spirit, not despise prophecies from the more sure word of prophecy and the Testimony of Jesus Christ, not form a so called man or woman of GOD.

Yes, despite what we may be going through, the Bible says we should learn to test all things (prophecies, miracles, leadings, spirits and etc.), and hold fast only to what is good. In the world of today, it is very difficult to hold fast to what is good.

It is not easy to hold fast to what is good in the kingdom of God.

FIRST THE PRESSURES OF THE FLESH, THE WORLD AND THEN THE DEVIL.

The reason for the pressure is because of what we must be involved in if we will successfully hold fast to what is good.

The Bible makes it clear that in holding fast to what is good, it will involve rejoicing always, praying always, giving thanks no matter what, not despising prophecies, making sure the Holy Spirit is always burning within us, testing all things, and abstaining from every form of evil.

None of these is easy in the world as we know it today, but each one of it is part of the golden rules that helps us in developing a perfect Christian life. The golden characters that helps us to lead lives that are always aligned with the LORD and His will for our lives.

We have been drawing virtues from a prophetic and apostolic scroll on conquering the powers of witchcraft without being put on a panic mode or deliverance ritual that was published some time back; OVERCOMING WITCHCRAFT BY THE GREATNESS OF GOD’S POWER.

We have been looking at the witchcraft software; the very spiritual phenomenon responsible for handing all of us over to witchcraft. If we live where witchcrafts activities are and we have this software in our lives, they will be prevailing against us. But if we do not have it, they will not prevail against us.

THE SOFTWARE IS MADE UP OF SIN, INIQUITY AND TRESPASS – SIT. THE BIBLE SAYS;

“He has not observed iniquity in Jacob, nor has He seen wickedness in Israel. The LORD his God is with him, And the shout of a King is among them.

God brings them out of Egypt; He has strength like a wild ox. “For there is no sorcery against Jacob, Nor any divination against Israel. It now must be said of Jacob and of Israel, ‘Oh, what God has done!’ Numbers 23:21-23 NKJV

This scripture makes it clear that if we do not have any aspects of the witchcraft software in us, no sorcery, curse or spell form them will succeed against us. You will have a spiritual strength captured as the strength of the unicorn or wild ox (apostolic strength) to neutralize them.

Another translation puts it this way;

God brought them out of Egypt; for them he is as strong as a wild ox. No curse can touch Jacob; no magic has any power against Israel. For now, it will be said of Jacob, ‘What wonders God has done for Israel!’ Numbers 23:22-23 NLT

The challenge now is, how do we lead Christian lives that are free of sin, iniquity and trespass? That is what we have been dealing with for many days now. We have handled the issue of sin, now we are handling subject of iniquity and trespass. Yesterday we saw what iniquity is and discovered that it is dangerous to lead a life that is opposite God’s will for it.

Whatever we do in contrast to God’s will and ways; or whatever is running or being governed in contrast to God’s will, word or ways; be it a project, a local church, a private life, a ministry, a nation, a business enterprise, a relationship, a marriage or family, will be one day filled with violence and eventually go down the paths of shoel – the consequence of iniquity.

In fact, it will eventually become the land of Shinar in the realm of the spirit, according to scriptures. That is how iniquity functions as witchcraft software. When it becomes the land of Shinar spiritually, any act of wickedness can dwell there. This is clearly stated in the words of Zechariah the prophet of God.

THE MAN OF GOD SAID;

“Then the angel who talked with me came out and said to me, “Lift your eyes now, and see what this is that goes forth.” So I asked, “What is it?” And he said, “It is a basket that is going forth.”

He also said, “This is their resemblance throughout the earth: Here is a lead disc lifted up, and this is a woman sitting inside the basket”; then he said, “This is Wickedness!” And he thrust her down into the basket, and threw the lead cover over its mouth.

Then I raised my eyes and looked, and there were two women, coming with the wind in their wings; for they had wings like the wings of a stork, and they lifted up the basket between earth and heaven.

So I said to the angel who talked with me, “Where are they carrying the basket?” And he said to me, “To build a house for it in the land of Shinar; when it is ready, the basket will be set there on its base.” Zechariah 5:5-11 NKJV

Clearly, as you can see in this scripture anything in your life with the resemblance of the Land of Shinar will become a base for wickedness or witchcraft to thrive and prevail upon. Iniquity is indeed a terrible witchcraft software.

The woman that was thrust into the basket is witchcraft. The allegory represents the capacity of witchcraft or wickedness to multiply itself or its activities in people. In the days of the Bible the basket was set in the historically land of Shinar also known as the land of Babylon.

Now the whole earth had one language and one speech. And it came to pass, as they journeyed from the east, that they found a plain in the land of Shinar, and they dwelt there.

Then they said to one another, “Come, let us make bricks and bake them thoroughly.” They had brick for stone, and they had asphalt for mortar.

And they said, “Come, let us build ourselves a city, and a tower whose top is in the heavens; let us make a name for ourselves, lest we be scattered abroad over the face of the whole earth.” Genesis 11:1-4 NKJV

THIS WAS MAN GOING AGAINST GOD’S WILL FOR THEIR GENERATION

If you look at what God said to Noah in Genesis chapter 9, you will realize that the plan of God for mankind then was for men to multiple and be scattered abroad over the whole earth. But here Nimrod was like,

“No! Let’s stop that plan; let us build a City with a tower whose top reaches the Heavens, let us makes a name for ourselves lest we be scattered abroad over the face of the whole earth.”

That is how iniquity works. Births in man visions that run contrary to God’s will and ways. The Bible says, their imagination came directly in opposition to God’s will, and whatever they did by their will-power and imagination became a base for witchcraft activities (wickedness) to thrive.

But the Lord came down to see the city and the tower which the sons of men had built. And the Lord said, “Indeed the people are one and they all have one language, and this is what they begin to do; now nothing that they propose to do will be withheld from them.

Come, let Us go down and there confuse their language, that they may not understand one another’s speech.” So the Lord scattered them abroad from there over the face of all the earth, and they ceased building the city.

This scripture contains the first advance of God’s kingdom against the kingdoms of men and devils after the flood of Noah.

God attacked this base because it ran contrary to His will and ways for the people and became a base for witchcraft.

Sadly, the did not repent. So as they scattered they took the witchcraft that was practiced along with them. That was how witchcraft spread to the whole world. If God had not stopped them, it would have been worst. Maybe the coming of Christ would have been forever withheld.

WHAT IS THE MESSAGE HERE?

The message is simple; the easiest way to make your life a witchcraft base is to run it in contrast to God’s will and ways. It is to allow iniquity to create your ideas, decisions, life visions and etc.

“Therefore I will judge you, O house of Israel, every one according to his ways,” says the Lord God.” Repent, and turn from all your transgressions, so that iniquity will not be your ruin. Ezekiel 18:30 NKJV

Anyone can become a witchcraft attack base if he allows his will to run contrary to God’s will and ways like Nimrod’s and the ancient world. That is why I do not allow people who cannot dedicate their lives to doing GOD’s will alone around me. They will destroy everything.

As we close this chapter, I want you to further establish that the terrible consequences of leading a life that is rooted in decisions that run contrary to God’s will and ways will remain unredeemable until those involve change their ways. Iniquity will remain your ruin until repentance comes. Repentance will involve turning away from wicked ways and spending the rest of your days in synchronicity with God’s will and ways.

Now, it is possible to go beyond the boundaries God has set in one’s attempt to perfectly synchronize with God’s will and ways. That is where the revelation of the next software of witchcraft will help us out!

NOTE:
Get the book OVERCOMING WITCHCRAFT BY THE GREATNESS OF GOD’S POWER and get much more than you may have read. It is going very cheap this time die to my Birthday celebration.